Night Vision Problems, Cataracts in Michigan By William Goldstein on May 09, 2013 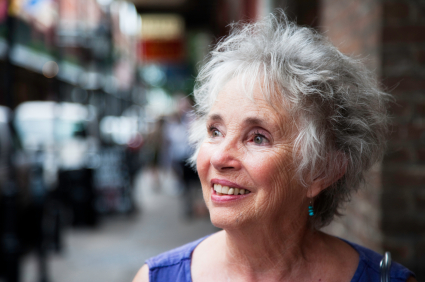 If you are having night vision problems, you could be one among millions of Americans who face this problem. It could be a sign of cataracts at an early stage or it could be caused by one of the forms of night blindness. Most of the time, problems with night vision can be treated successfully or at least to an extent in serious congenital conditions such as retinitis pigmentosa. Problems with night vision can also be from vitamin deficiencies, sun exposure, or chronic diseases like diabetes. Let us look at a few of such problems.

Over many years, the cell turnover inside the eyes can produce a debris buildup in the eyes causing cataracts. This progressive condition gradually clouds the eyes painlessly. One of the first symptoms of cataracts is deterioration in night vision. The distortion of lights caused by cataracts can also produce halos around light during nighttime. Patients with cataracts in Michigan may really notice these problems on some of the more poorly illuminated roads.

Prolonged sun exposure can cause poor night vision for up to two days. If you have been sunbathing recently and are experiencing blurry vision during the night, exposure to sunlight could be the culprit. A simple solution to this problem is wearing good sunglasses when under the sun.

Vitamin A deficiency can cause night blindness but is a rare cause in the United States. It occurs in people who have problems absorbing nutrients through the gastrointestinal tract, which could be a result of conditions like pancreatic insufficiency, cystic fibrosis, celiac disease or Crohn’s disease. Green and yellow leafy vegetables and carrots are good sources of vitamin A. In general, people with balanced diets do not have an issue with vitamin deficiencies.

Without proper zinc, vitamin A proves to be ineffective resulting in night blindness. Nuts, beans, poultry and beef are rich in zinc, which is widely consumed in the United States and this deficiency is therefore not very prevalent in the country.

Complications are very rare with LASIK surgery but there are times when a rare patient experiences night vision problems with it. The most common form of night vision problem is halo or glare in poorly lit environments. This potential problem can be ascertained well before the surgery in some people by taking a look at the characteristics of their eyes. You should speak to your LASIK surgeon in Michigan about this if you are going to have the surgery soon.

This is an uncommon genetic eye condition that affects people before 30 years of age in most cases. One of the first symptoms of this condition is worsening night vision. The vision loss experienced in this condition varies between people and most retain at least some vision.

More often than not, night vision problems do not create issues for most patients. A complete eye examination can help determine the causes and treatments for this problem.