Lens Implant in One Eye, Laser Cataract Surgery By William Goldstein on May 28, 2018 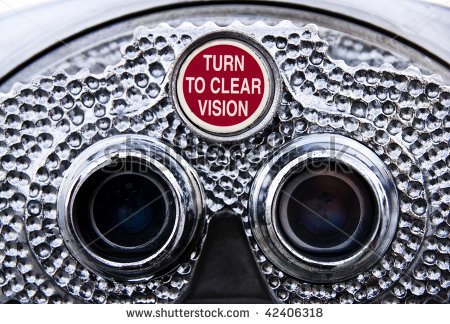 Along with cataract, presbyopia is a condition that affects the sight in people aged 40 and above. Presbyopia is commonly known as long-sightedness that is caused due to the weakening elasticity of the natural lens of the eye. During laser cataract surgery, the lens affected by the cataract is removed and, in its place, an intraocular lens implant or IOL is used to restore vision. Presbyopia is the cause of patients losing the ability to focus on near objects, for reading, using the computer, or using their phone.

When the patient undergoing the surgery suffers from presbyopia, surgeons use techniques to correct presbyopia at the time of the cataract surgery. In most of these cases, the long- sightedness is accounted for in the IOLs. The implants used are called presbyopia-correcting IOLs. Accomodating IOL's such as the Crystalens, actually flex to allow a good range of focus that seems very natural.

Now, in most cases, IOLs are implanted bilaterally. meaning it is implanted in both eyes. But in certain cases, presbyopia-correcting lenses are implanted only in one eye. Although in some cases, the reading vision is better with both eyes done,  surgeons have been successful in implanting IOLs unilaterally in patients who have undergone cataract surgery.

In such cases, the doctor first determines the extent of visual acuity in both eyes. A test is conducted to determine which is the dominant eye. A dominant eye is the tendency to prefer seeing through one eye as compared to the other. Some patients are left-eyed dominant while others are right-eye dominant.

Once the dominant eye has been determined, the doctor tries to find out the right distance dominant multifocal IOL or Crystalens for the patient. A distance dominant IOL is implanted in the dominant eye to allow the patient to view objects at a distance. Certain types of IOLs also allow patients better intermediate and near vision. Doctors take care not to keep unrealistic expectations when using unilateral presbyopia IOLs. In most cases when laser cataract surgery has been performed, patients have reported a positive impact and have experienced significant improvement in their vision. Doctors recommend careful education of the patient before such procedures to set appropriate expectations and also to walk them through what happens before and after the surgery. Although patients have reported an improvement in their vision, some patients may still be required to wear glasses to complete tasks in their near vision. An advantage of this technique is that while patients cannot completely get rid of their glasses, presbyopia IOLs, whether unilateral or bilateral does allow a significant independence from glasses which is highly convenient for patients who have been wearing glasses for a long time.