LASIK vs Contact Lenses By William Goldstein on February 26, 2019 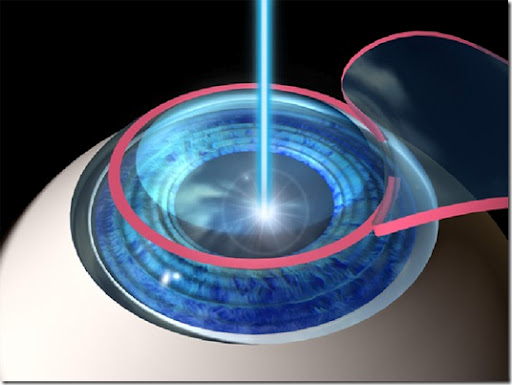 The use of Wavefront-guided LASIK has resulted in much-improved distance vision. The occurrence of adverse effects is also much lower than wearing the contact lens in the longer term. According to American Society of Cataract and Refractive Surgery, LASIK is assuredly much safer compared to the long-term wearing of the contact lens. It offers three times the advantage when it comes to 20/16 vision and ocular discomfort. There is no difference in the long term when it comes to dry eye symptoms, glares, halos or starbursts.

The study was conducted among 1,232 contact lens wearers who wore the lens for a long time. The number of patients examined one month post Wavefront-guided LASIK was 3,502 and the number of patients who were examined after five years were 1,351. The average patient age came to 29 years in the contact lens category, and in the one-month LASIK groups. In the five-year LASIK group, the average age has been 30 years. The preoperative myopia range was between 0.25D and 6D. For astigmatism, it was 1.5D.